A fresh Free Fire Patch update aka OB38 is going to live on 11 January 6 PM IST. Here I comes with highlighted OB38 patch notes for you. For more information, you can visit news section of official website.

Time to get weapons!

“If you feel the blue zone loot area is less challenging or valuable, then you should give Arsenal a try. Arsenal contains quality weapons and items for you and your team. Many surprises are waiting for you!”

– There is a chance to get level 3 weapons and airdrop exclusive weapons in Arsenal. Remember to bring your team!

-Each map has 5-6 Arsenal. Their location can be seen on the mini-map.

– A key is required to enter the Arsenal.

– There are 1-2 keys located in each main area of each map.

– Keys can be bought from a vending machine. (Each key costs 688 FF Coins. There are only 3 keys in the entire vending machine per game, so run to get them!)

“The Battle Card feature allows players to show their battle stats and skills before starting a CS match. This feature is now also available for BR mode!”

-The skill used will also be shown 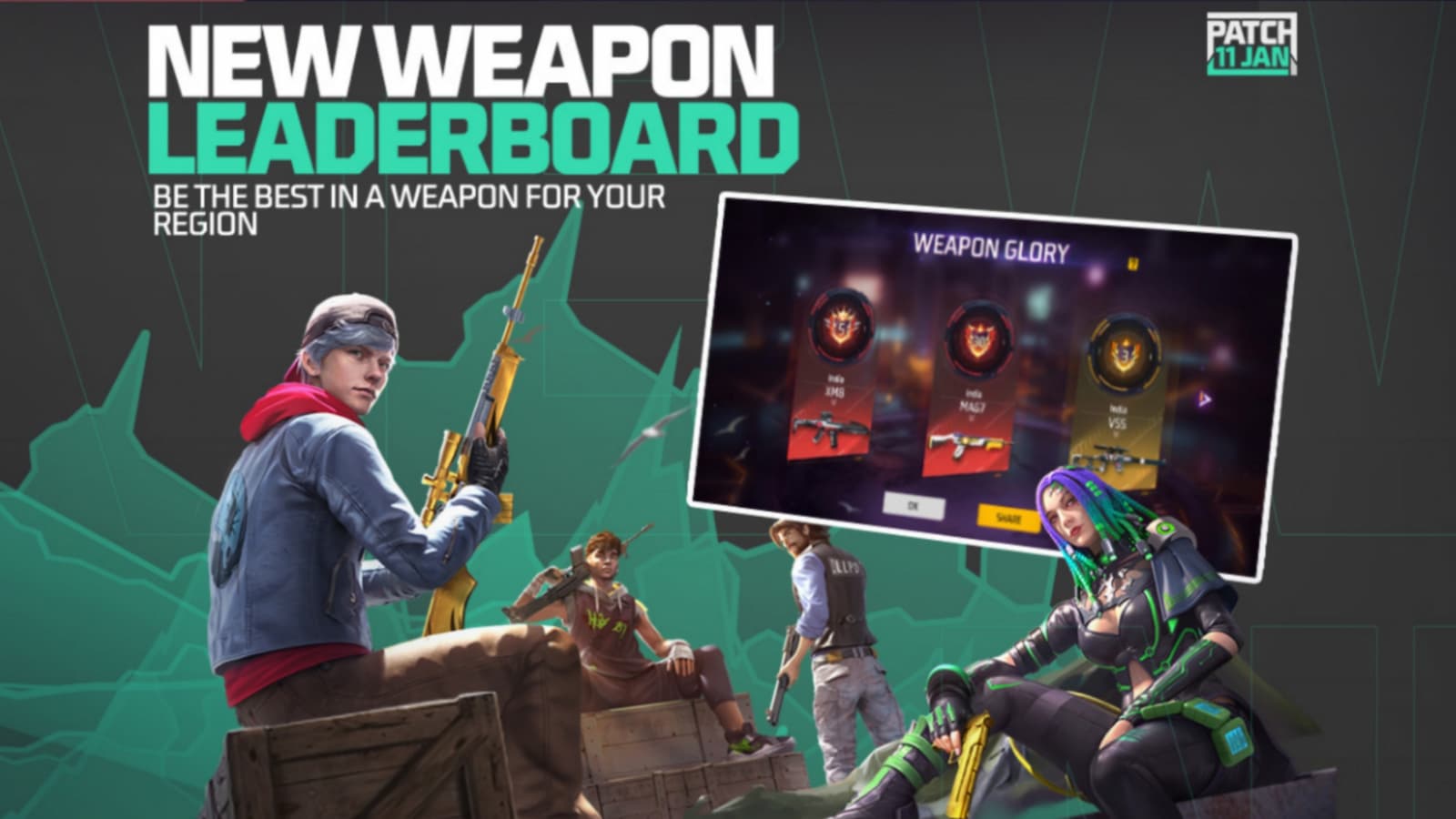 Be the best weapon user in your region!

“Want to show your friends who the real weapon master is? Weapon Glory Leaderboard gives you a chance! Increase Weapon Glory by defeating enemies in ranked mode. Besides being able to show off, you will also get a special title that you can show if you are ranked in the top 188.”

-Turn on in-app location to set your region and move towards no. 1!

-Weapon Glory breakdown: The scoring mode will take into account the base score, ranked match performance, and a coefficient.

– When you first enter the leaderboard page, the scoring model will calculate your base score based on weapon mastery.

– The coefficient will drop if you don’t use your weapon after a while. Eliminate enemies in ranked matches to increase the coefficient again.

– Top 188 players will be displayed on the leaderboard and given the title Weapon Glory which will be updated every Monday.

– Titles are divided into 2 categories (Paramount and Prominent) based on the player’s region and geographic division.

– Leaderboard rank reset at the end of each season. The ranking from the previous season will be partially carried over to the next season.

– Location can be changed once a week.

One center for all battle preparation!

“We like character skills. We love pet characters. We love loadouts. What we don’t like is how when we want to change it, we have to enter several different pages one by one. We know it is difficult, therefore we make changes to the system! Now you can select all skills and loadouts from the preset page.”

– Two preset pages that can be changed easily

Challenge yourself and increase your rank!

“Let’s welcome the new rank system page which is neater and more orderly!”

– Added a link to the Weapon Glory Leaderboard

– Grandmaster CS will be able to see the minimum stars needed to stay at that rank. 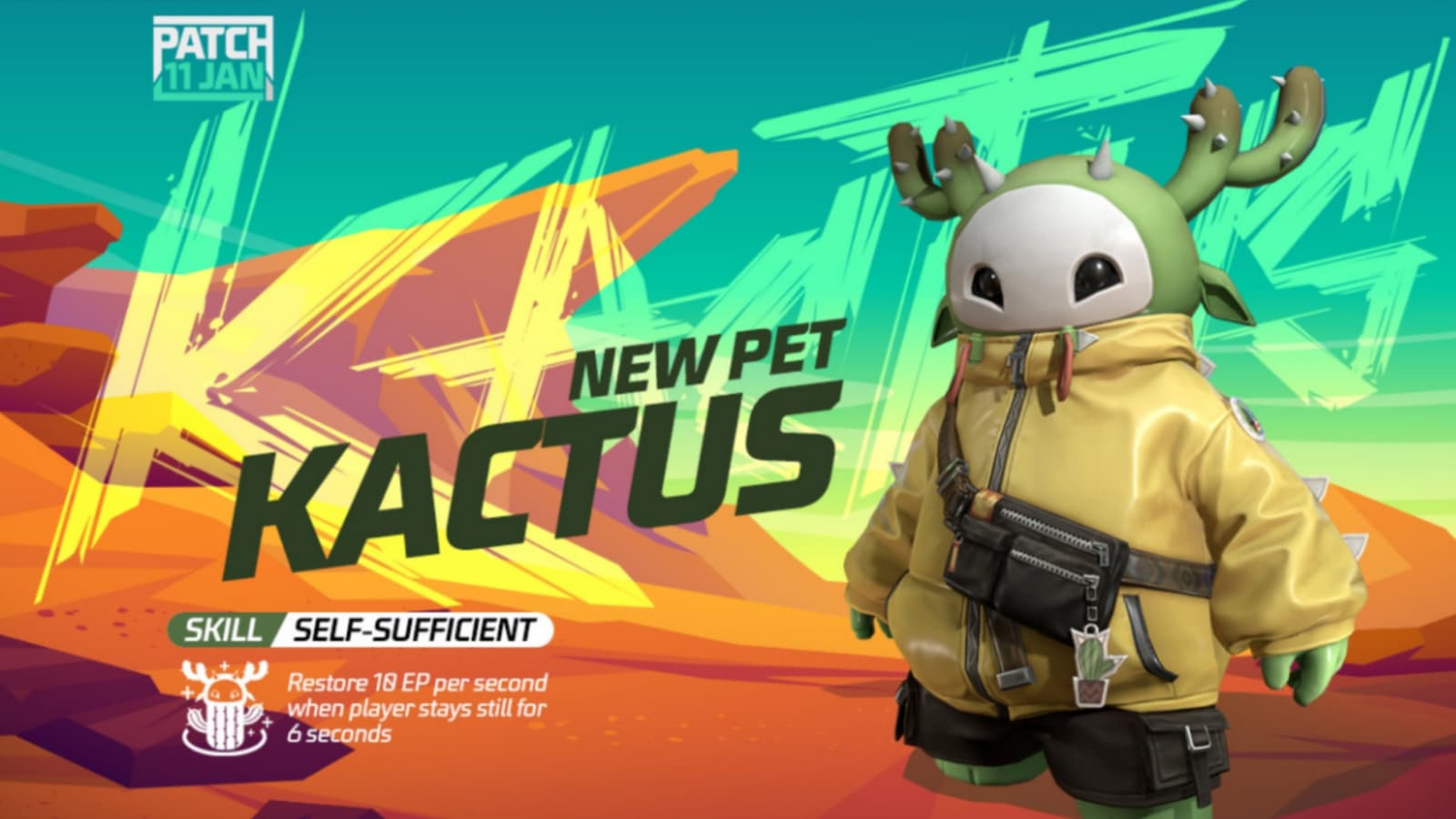 + TELEPORT TO ITS LOCATION

Upgrade the detection model to include skin mods

Spend time with your buddy and their skill character!

“The much awaited Dynamic Duo system change has arrived! Apart from increasing the maximum level to Lv. 6, we also included a new feature: character skill-sharing. When you start Dynamic Duo with your buddy, you have access to all of their character’s skills! Find skill combinations and make new friends!”

-Skill-share system: Equip and use each character’s skills after creating Dynamic Duo.

– If you remove Dynamic Duo, the skill-shares you equip will be lost.

-Scan will be the default passive skill for all players while using the parachute (Scan shows all players in close proximity.)

Be the biggest or go home!

“Faster game duration, classic Big Head mode is back! Defeat enemies, get OP buffs and become the best chief ever!”

– Added a live display showing your current score and rank

– Shortened parachute duration to speed up the game

Everyone deserves a second chance! The match will not end if you lose immediately after landing.

“We are aware that BR solo is the only mode that doesn’t have a revival feature. In this update, players will be given a chance to revive if you lose at the start of a match battle.”

– The chance to revive is only given once per match, and is only available for the first 3 minutes.

-The heart symbol in the upper right corner indicates whether the revival system is active.

– A gray heart indicates the revival system is not active.

– A red heart indicates the revival system is active, but it will stop after 38 seconds. 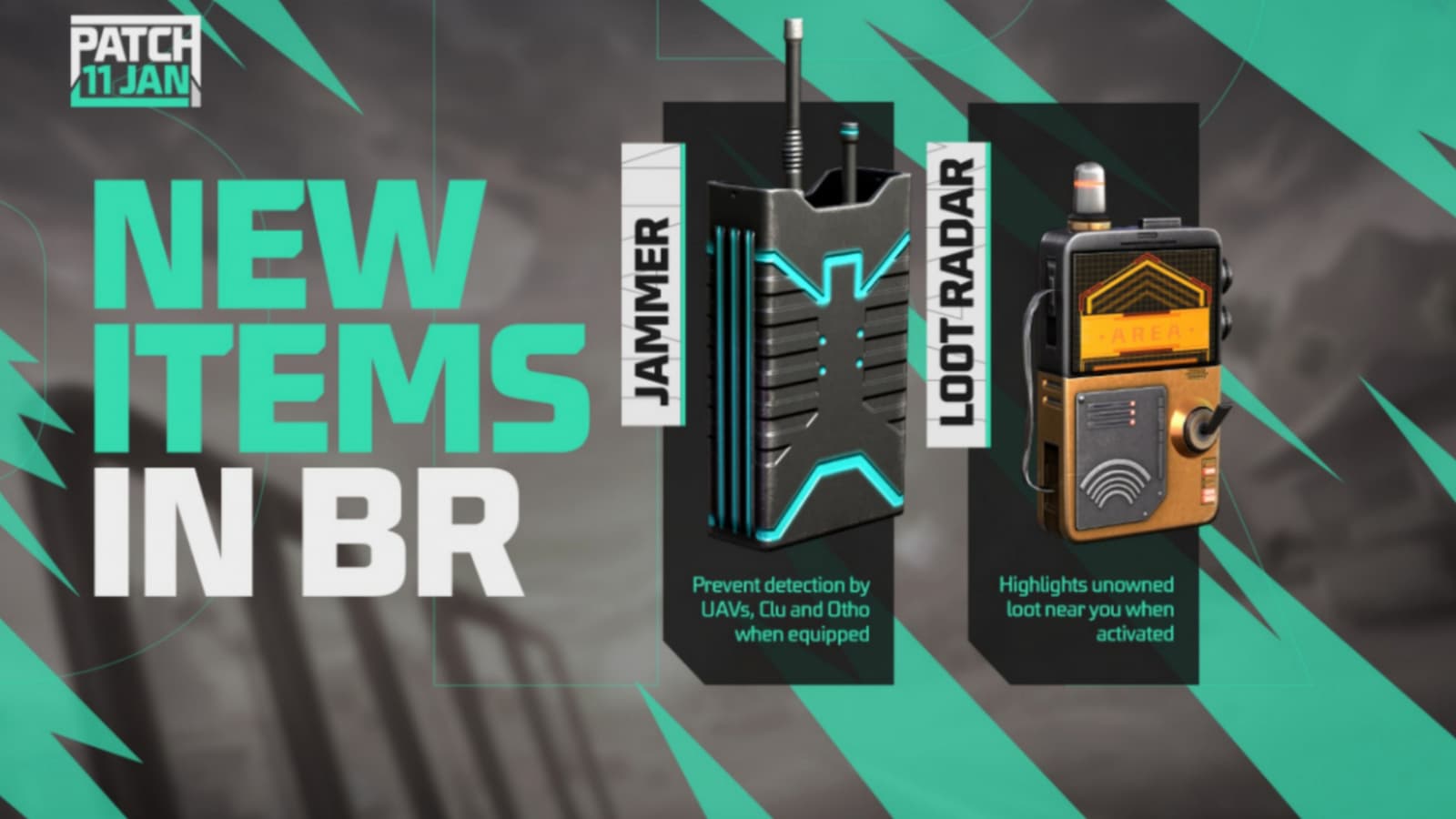 Item search will not be a burden!

“Searching for loot at the start of a match can be a chore in itself. Each player will start the match with a Loot Radar, so searching for items will be more efficient!”

– Players will be notified of the position of the item via the Pin form.

– Loot Radar will be on by default. Players can turn off the Loot Radar feature from within the Backpack.

– Used by default for all BR players.

“Tracing Steps, UAVs, and other scanning items are important items in every match to find out the position and are very difficult to avoid after being used by the enemy. Now, as long as you have the Jammer your position will not be known!”

-After using the Jammer, you will not be detected by Tracing Steps, Memory Mist, Dinoculars and UAVs.

-The minimap will not show your position.

– Can be obtained through Airdrop.

Take me to the moon! – Free Fire cars

“Vehicles in general lack the ability to conquer road conditions in the majority of areas, especially on steep hills. In this update, we are optimizing the vehicle by increasing its horsepower and mobility. Now, you can ride in mountainous areas easily. Not only that, try to bring the vehicle at maximum speed through the hills to get a gravity-defying experience!”

-Vehicles are easier to control.

-At high speed, driving the vehicle up a steep hill can send you flying for a moment! Ngendok makes the game not fun. We want them to come out and fight!

“We found that in some maps (Factory or Clock Tower), the number of players is too much. Their strategy is to stay silent, use bonfires and avoid fighting as long as the match is unfair and leaves the opposing team with no options for resistance. This makes the playing experience worse.”

After the first safe zone shrinks, the next location will appear randomly on the map. The Safe Zone will move to that location before shrinking again.

“Want to play a match but the game takes a long time to enter? In this update, we are optimizing the loading time. Try it and feel the difference!”

– Reduced some pop-ups at login

– Optimized processing time after match for some device models

“Besides the usual changes, we are also strengthening the M60 because we feel that the machine gun is not being appreciated enough. Don’t forget the machine gun, squatting will give you a big advantage!”

The best battle changes will make the best difference.

“To make sure all loadouts are comparable in combat, we’re changing to one of the loadouts.”

“We have all experienced a situation where the internet is bad. There’s nothing more annoying than losing to a sudden spike in ping. Lagging enemies have a negative impact on the match. Starting from this patch, we are doing optimization for it. We’re up against the biggest problem – an indestructible Gloo Wall and sudden teleports when lagging.”

-Damage given by ammo before placing Gloo Wall will now occur.

– Please note that when the latency is very high, the damage dealt or received may not pass server verification and is therefore void.

That’s it for this OB38 update. If you want to update your Free Fire game, then read my previous article on how to download OB38 update of Free Fire.